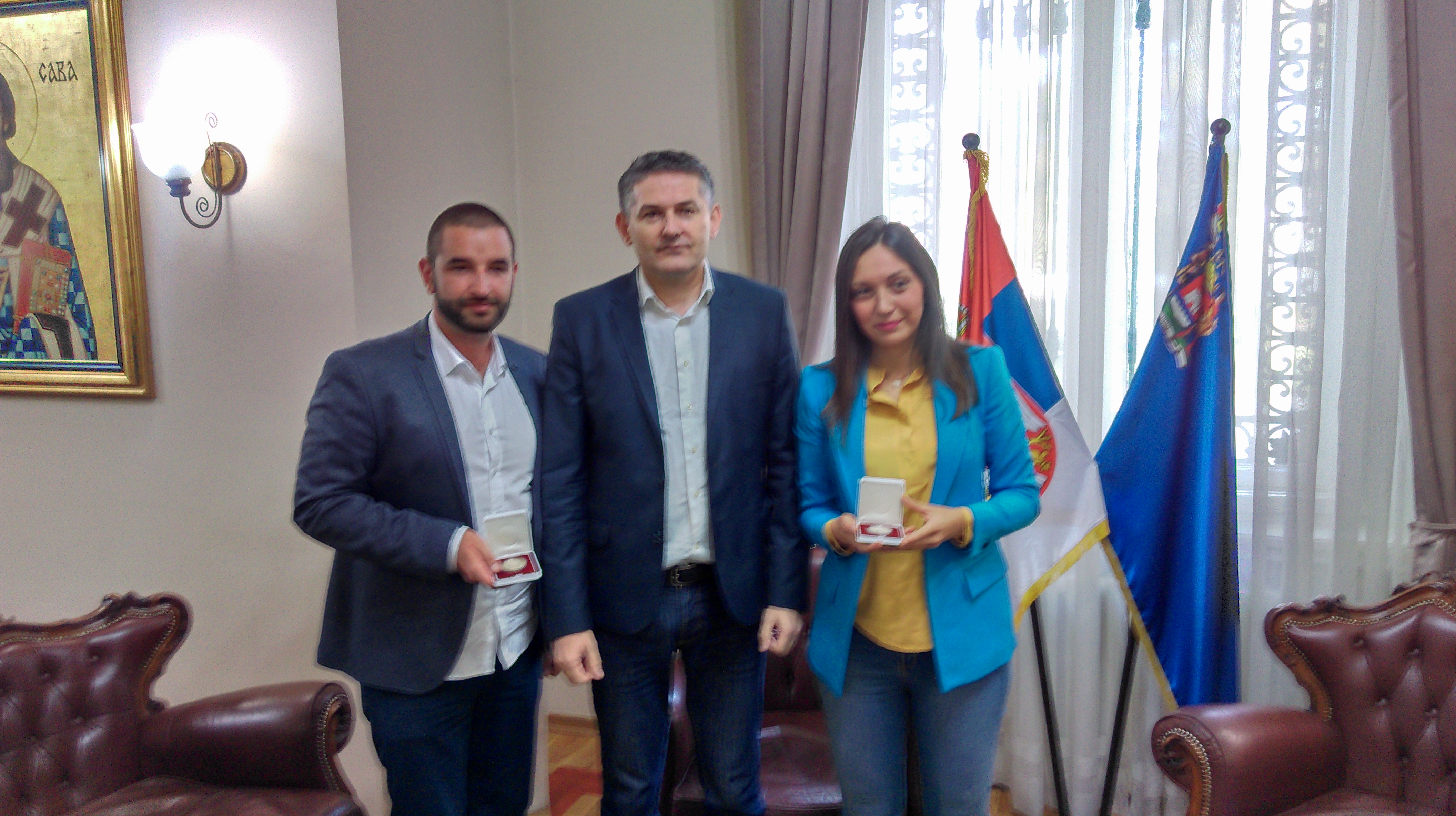 Two young people – Tamara Klaric and Bogdan Stevanovic – have done something that deserves not only applause, but represents also a motive for all of us to help those who are facing some health risks. On Monday, October 30th, Tamara and Bogdan walked from Belgrade to Nis (slightly more than 200 km) to raise funds to complete the construction of a children’s chemo-oncology department at the Clinic for Children’s Internal Diseases in Nis. Supported by the National Association of Parents of Children with Cancer (NURDOR), Tamara and Bogdan, resisting wind and bad weather, reached Nis on Monday, November 6th. Nis City Deputy Mayor Milos Bandjur met Tamara and Bogdan at Nis City Hall. He thanked them on the behalf of the City of Nis for the shown humanity. During the campaign called symbolically Step Forward Tamara and Bogdan made more than 256,000 steps, and invited all citizens and organizations to support them in this important venture by sending text messages to number 1150.