THE CHAIRMAN OF NIŠ CITY ASSEMBLY, Mr. BOBAN DŽUNIĆ ATTENDED THE CELEBRATION DEDICATED TO THE PATRON SAINT- DAY OF THE CITY MUNICIPALITY OF PALILULA -” ASSEMBLY OF SERBIAN SAINTS” 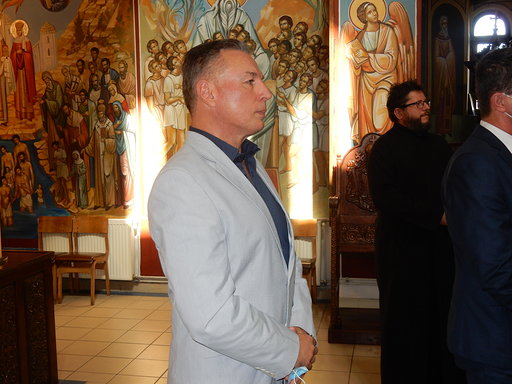 The celebration, which was held with a limited number of invitees, along with the protection measures, was attended by the Chairman of Niš City Assembly, Mr. Boban Džunić, who is the former Chairman of the City Municipality of Palilula Assembly, and by the representatives of the city municipalities.

The Archpriest Staurophore and Rector of the Theological Seminary, Milutin Timotijevći, together with the clergy of the Eparchy of Niš, performed the traditional ritual of “cutting the feast cake”. The guests were greeted by the present-day President the City Municipality of Palilula, Mr. Bratislav Vuckovic. The host of this year’s celebration was Mr. Aleksandar Ždrale. This important day for the City municipality of Palilula has been celebrated since 2005.