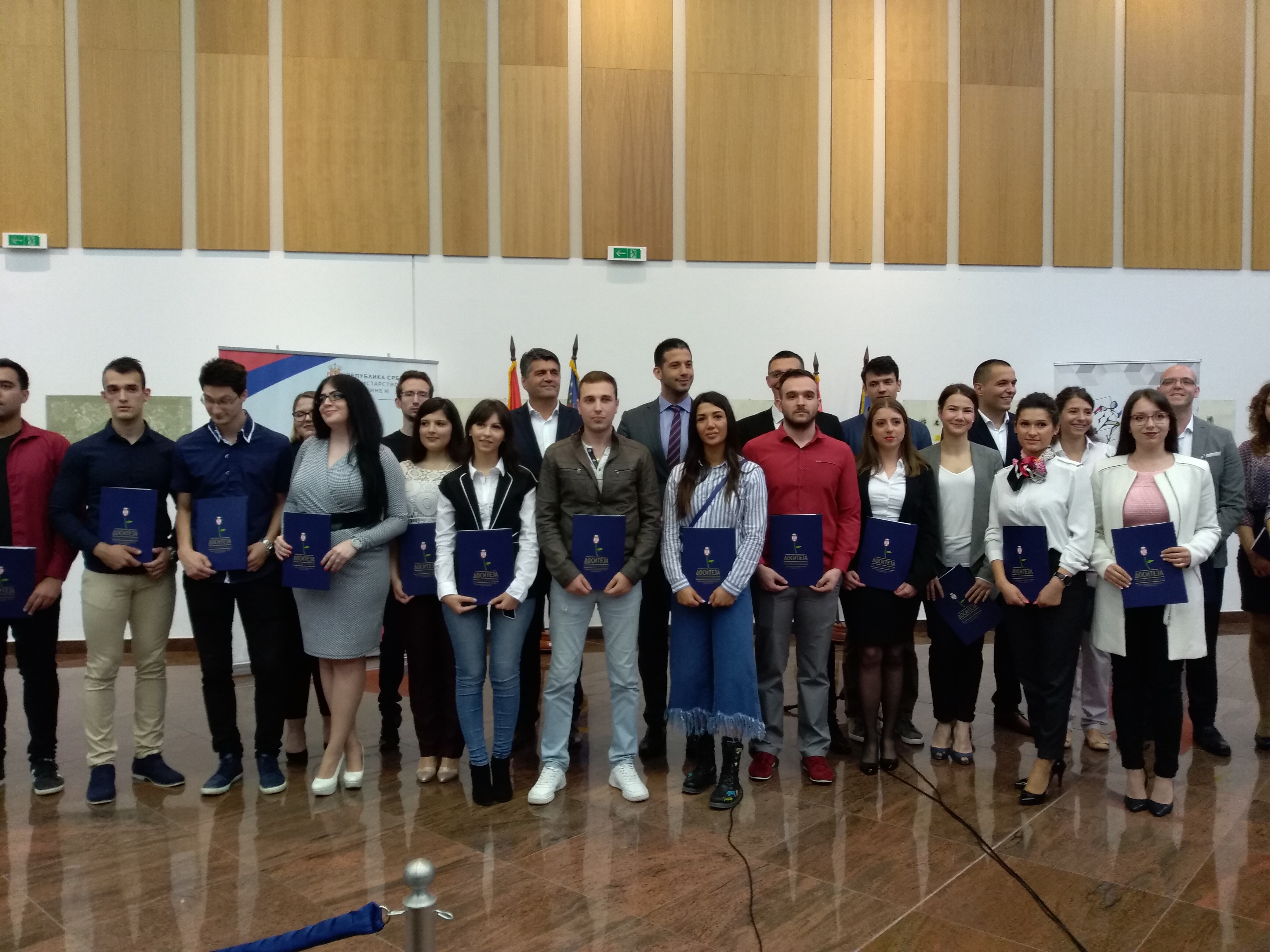 Nis City Mayor Darko Bulatovic and the Minister of Youth and Sports in the Government of Serbia Vanja Udovicic, today, awarded the scholarships to the best students of the University of Nis, who received Fund for Talents scholarships. This year, the scholarships will be awarded to a total of 1,300 students in Serbia, with 400 of them being at the postgradute studies. In Nis, 197 most talented students from Nis University received the scholarship, 30 of them with an average grade of 10. “It is very important that, from year to year, the scholarships from the Ministry of Youth and Sports are getting bigger and more srudents are being awarded. Following the activities of the Ministry and the Government of Serbia aimed at young talented people, the local self-government, strives to, in the true sense of the word, valorize the gem that it has, seeks to enable the opening of new jobs so that these young people can stay here. As a significant project that we are implementing with the state, I would also like to mention the construction of the most modern Scientific Research Center in the Balkans, and, by the implementation of this project the state shows how interested it is in the future of our young pople who are the future of us all”, Mayor Bulatovic said. He stressed that the City of Niš was also trying to allocate more funds from the city budget for scholarships for a larger number of secondary school and students. Minister Udovicic stressed that the Ministry had made enormous efforts to provide adequate scholarships for the most talented young people in Serbia. “I am extremely pleased that, today, scholarship amounts to 30 thousand dinars and that this amount is bigger than last year”, Minister Udovicic said. On this occasion Minister praised the activities of the City of Nis in the field of youth policy.