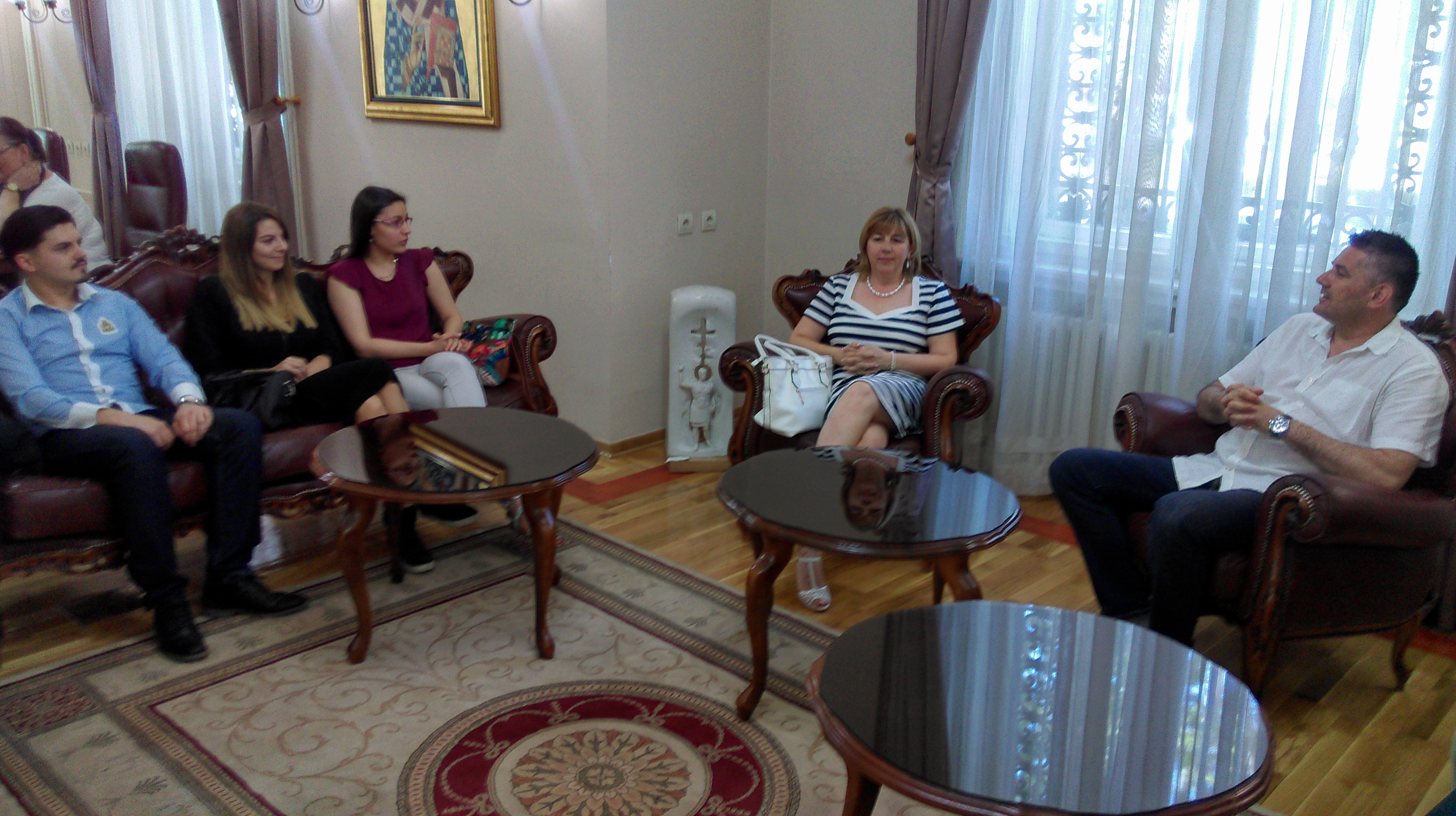 Nis City Deputy Mayor Milos Prof. Banđur met with the Dean of the Faculty of Economics in Nis Prof. Jadranka Djurovic Todorovic together with a team of students from the faculty, who won first place in the regional finals of one of the most important and largest global student competition – Loreal Brendstorm.  The meeting was also attended by the Head of the Youth Office Stevan Zivkovic and the Secretary of the City of Nis Assembly Ruzica Djordjevic.

Aleksandar Djordjevic, Novak Stamenkovic and Jelena Todorović make the team called Stilistiko who will, along with colleagues from Croatia, present their innovative projects in the world finals in Paris. With the aim to attract as many young innovators from different fields, Loreal Brendstorm has prepared two competition categories: BRAND CHALLENGE – for students of economics, marketing and communication, the winner of which was the team from Nis and technological challenge for future engineers, and students of the faculties of technical sciences, the winner of which was team GRUM from Croatia.

The deputy mayor gave as the present the laptops to the students and wished them every success in the finals of this competition.