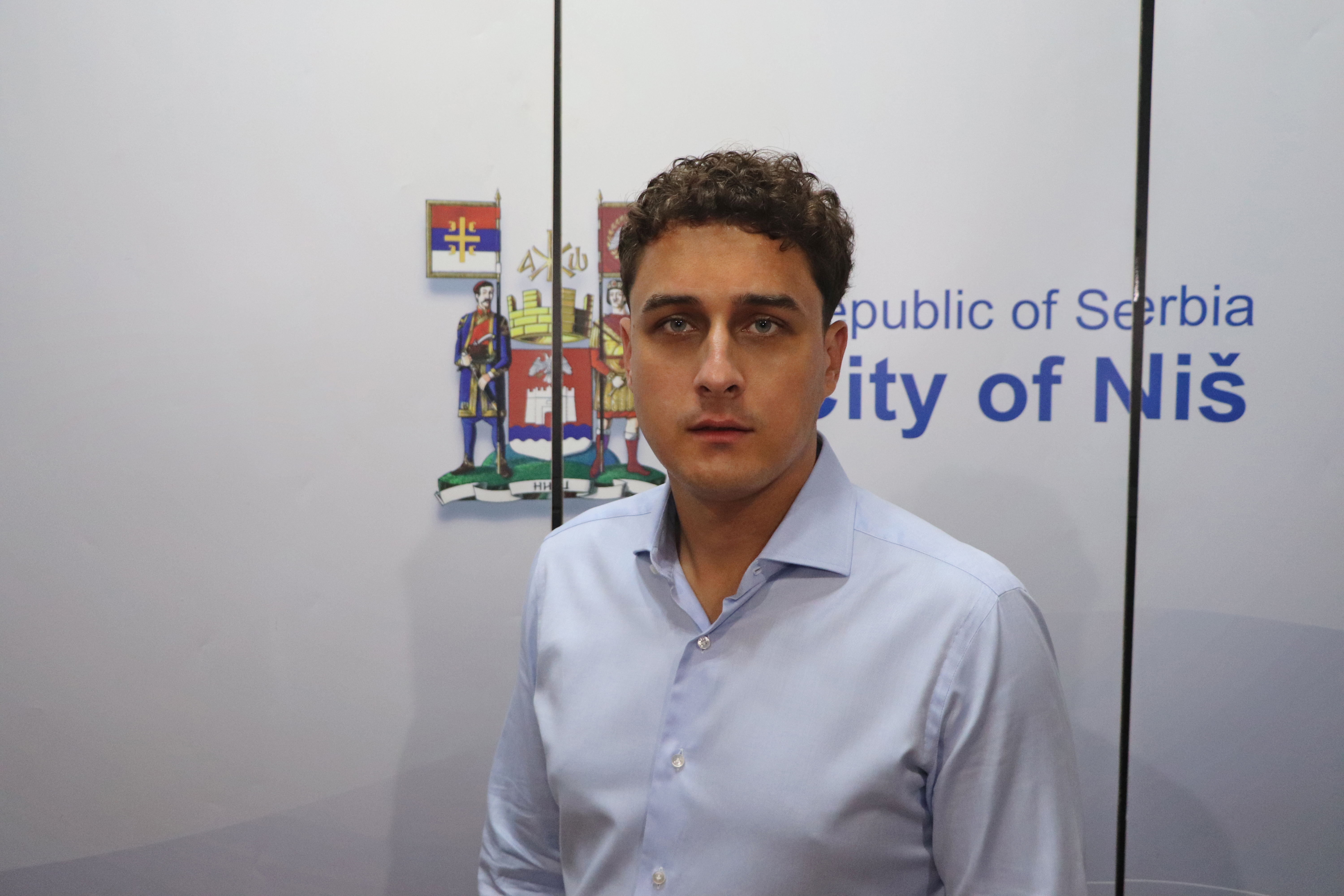 Member of Niš City Council for Sports and Youth

Branislav Kačar was born in 1990 in Zenica, Bosnia and Herzegovina. He has a degree in environmental protection.  During his studies, from 2012 to 2014, he held the position of Vice President of the Student Parliament of the Faculty of Occupational Safety.

He started his professional career in Public Utility Company Naissus and in 2015 he transferred to PE Elektroprivreda Serbia – Distribution System Operations.

In 2015 and 2016 he was the vice president of the Football Club “Radnički” Niš, and he was elected a delegate of the Assembly of the Football Association of Serbia in March 2016. In 2015 he organized the largest kickboxing tournament in Serbia, “Naissus Fight Night”.

In July 2016 he was elected a Member of Niš City Council in charge of youth and sports.

During his four-year term, through initiated and supported activities, he worked on improving public health, emphasizing all values ​​of healthy lifestyles, improving sports and recreational activities of children, youth and citizens, as well as other sports activities that improve the psycho-physical abilities of citizens, on creating conditions for the construction and maintenance of sports facilities, on encouraging and supporting the work of sports organizations and providing conditions for training and competition of athletes, encouraging sports activities of persons with disabilities. He significantly improved the cooperation with schools and the University of Niš in order to intensify educational content, create conditions for conducting extracurricular sports activities for students, encourage research and development, educational and professional work in sports on a scientific basis, as well as media promotion of sports. He was the organizer of important national and international sports competitions, such as: Davis Cup, Men’s National Basketball Cup Radivoje Korać Cup, European Women’s Basketball Championship and many other world and European competitions hosted by the City of Niš.

He is the winner of numerous awards for his contribution to the development and advancement of sports, as well as a special award given by the Association of Sports Journalists of Niš.

He is a member of the Serbian Progressive Party.