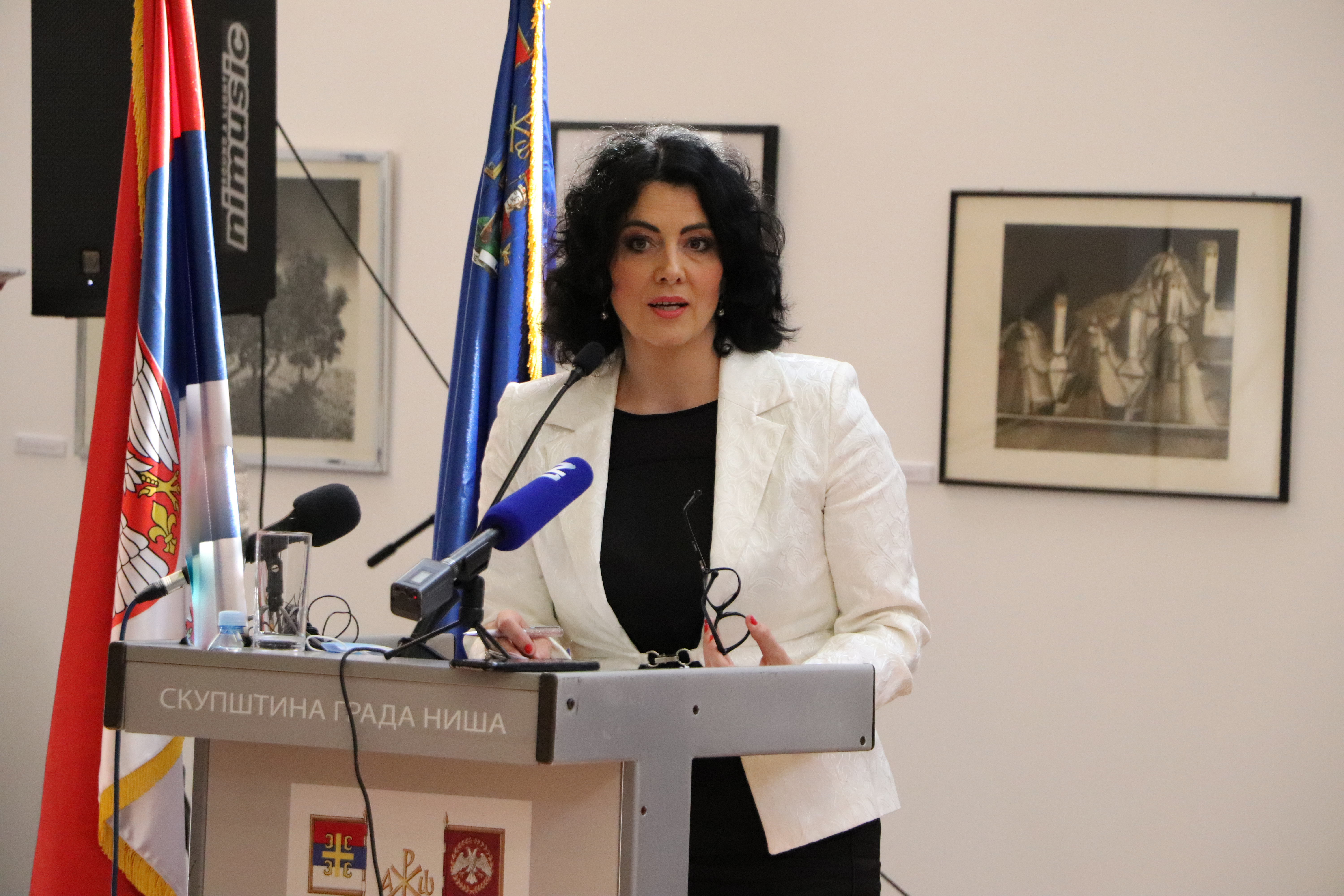 She started working as a journalist in 1992 at Third Channel of the Television Belgrade.

Since 1993, as a journalist reporter, she moved to the Editorial Board of the Morning Program and the Belgrade Chronicle, when she became part of the team of the doyen of TV journalism, Branislav Vukašinović.

In 1997 she became a correspondent for Radio Television Serbia – RTS from Niš, and she managed the editorial office as the editor of the TV Center in Niš from 2011 to December 2017.

She is the author of numerous informative features, documentaries and travel reports and films from the country and abroad (Greece, Bulgaria, Italy, Spain, North America, India, Russia, the South China Sea). As one of the few journalists she filmed the work of scientists at the Royal Institute of Regenerative Medicine “Prince Philip” in Valencia, as well as American scientists at the Research Center in Irvine, California. She has been a reporter in crisis situations throughout Serbia, Macedonia, Greece and Bulgaria.

She confirmed her twenty-five years of work in journalism as the author of numerous informative miniatures and documentary features that were permanently recorded and kept in RTS Program Archives.

She reported about the activities of the highest state leadership of Serbia and statesmen from the region, not only in the area of southern and southeastern Serbia, but also during the visits of Serbian officials to countries in the region, Bulgaria, Macedonia, Albania, Bosnia and Herzegovina.

For her long-term work she has been awarded numerous recognitions in the country and abroad:

She was the President of the Commission for Information of the Bulgarian National Council in Serbia until the end of 2018.

She is certified media coach by Independent Association of Journalists of Serbia.

She was a member of the Association of Lobbyists of Serbia.

She passed the state exam for working in the state public administration and local self-governments.

The Government of the Republic of Serbia has appointed Mrs. Dragana Sotirovski as the Head of the Nišava Administrative District with its headquarters in Niš (12/27/2017).

She was the sixth Head of the Nišava Administrative District and the second woman in that position.

On August 21, 2020 the Assembly of the City of Niš elected Mrs. Dragana Sotirovski as the first woman Mayor in the history of Niš.

She is married, a mother of three children and a grandmother of one grandson.