CHAIRMAN OF THE ASSEMBLY OF THE CITY OF NIŠ

Mr. BOBAN DŽUNIĆ, Bachelor of Laws with Honors, a lawyer 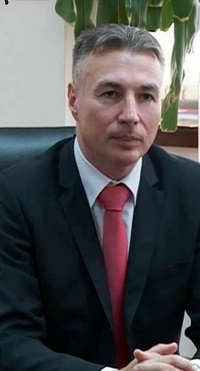 He graduated from the Faculty of Law, University of Niš and passed the Bar Exam and Specialization in Criminal law (defense of defendants for committing the crime).

His professional career began in the company he founded- “Multikomerc” LLC.  Since 1998, he has been working as a lawyer.

From 2012 to 2016, he was the Chairman of the City Municipality of Palilula Assembly; from 2016 to 2017 he was the general manager of the Electric power distribution company of Niš .

Mr Džunić is one of the founders of the Serbian Progressive Party in Niš in 2008.