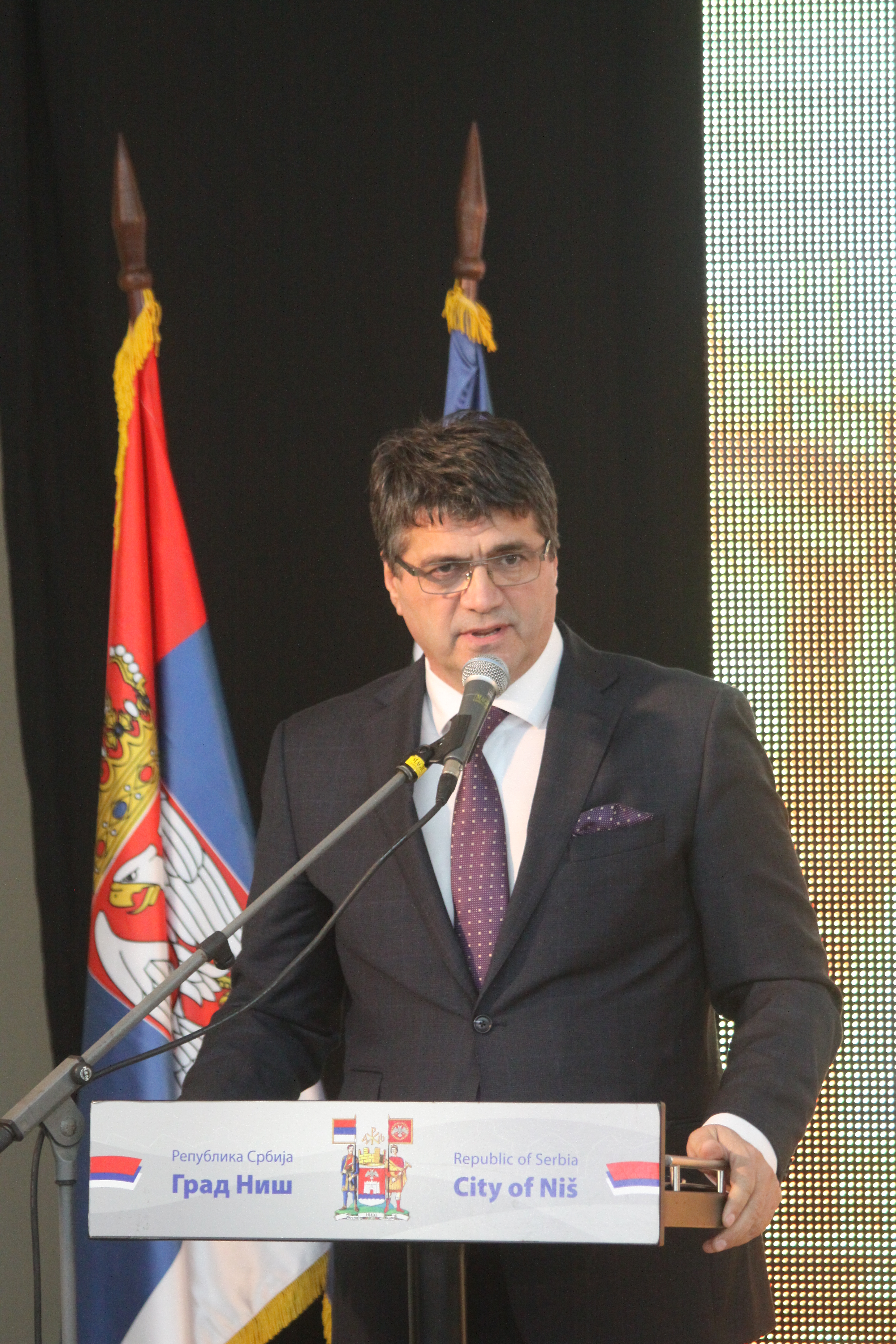 He graduated from Grammar School, the School of Reserve Military Officers, and from the Higher Military School of the Military Academy in Belgrade and attained the rank of lieutenant.

He graduated from the University of Nis Faculty Of Law.

He started his professional military career first as the commander of the group, department, platoon and special units of the Yugoslavia People’s Army all the way to the position of the warden of the III Yugoslav Army Military Investigative Prison and the acting manager of the Central Military Prison of the Army of Serbia within Army of Yugoslavia.

He has been repeatedly awarded honors by his superiors for his military work.

He was the President of the Football Club Radnicki during 2013 and 2014, when this club received the highest City of Nis award – “January 11th”.

He was the general manager of the Company Jugoistok from 2014 to 2016.

He is the founder of the Serbian Progressive Party and a member of the Party Main Board.

He was the president of Nis City Municipality Crveni Krst from 2012 to 2014.

As the third largest city in Serbia and the dominant development, economic and cultural center of southeastern Serbia, Niš is the city of capital projects, great potentials and even greater opportunities. There are many reasons why Niš is an ideal investment destination today. The excellent geo-strategic position of the city , the gateway of Europe to Asia, strong intellectual capital, cultural and natural resources, as well as defined assistance from the local community, clearly highlight Niš on the map of potential Serbian investment centers. As a former Balkan electronics center, but also a modern metropolis that is seriously aspiring to become the Serbian capital of Advanced Technologies in 21st century, we represent a reliable partner with enough experience and energy to turn every problem into a new opportunity. We have clearly defined goals. We want to improve the quality of life of our citizens, to improve the business environment and to strengthen the investment climate, to preserve our identity, but also to develop in accordance with global and European standards, to enrich cultural and public life, to strengthen tourism potentials – and to present the imperial city in to the best possible way!

I am deeply convinced that we will succeed.