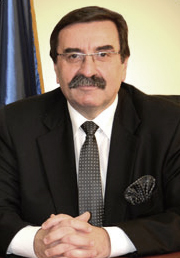 Prof Dr. Mile Ilic  was born in 1954, he is the Doctor of the Science of Law; he worked as a consultant for the political system of the Secretary within the Secretariat for the City Assembly Affairs, and as Deputy Secretary of the Nis Region Assembly. He was a professor at the Faculty of Law in Kosovska Mitrovica, the Head of the Department of the Public Legal Sciences and the chairman of the Faculty Council serving a two-year term. He has been a full professor at the University of Nis since 2008.

Prof Dr. Mile Ilic is married and has two daughters.